“I have been so fortunate in life – growing up healthy with a good education in a loving, stable home in Canada. I have always felt that it is important that I give back to the world as much as I can. It frustrates me how little people appreciate the good fortune that growing up in a developed country provides.”

Genevieve is 26 years old and works as a nurse in British Columbia. She splits her time between working as an emergency nurse in downtown Vancouver and working in various health clinics in remote northern aboriginal communities.

While devoting one’s life to the care of others is definitely a reason enough to call someone a microleader or even a leader, the conversation Gen and I had one early Sunday morning revolved primarily around her entrepreneurial initiative, Albahaca Footwear. She is the founder of this not-for-profit Guatemalan footwear company. The organization custom orders and imports handmade boots from Guatemala. The boots are sold, primarily online, in Canada and the US. The proceeds from boot sales are then donated back to a carefully chosen selection of charities in Guatemala.

How and when did the idea for Albahaca Footwear come about?

When I was 18 I took a trip to Guatemala to travel and volunteer. I fell in love with the country and its people and have returned four times since. While there I started visiting a small town, called Pastores, which specialized in leather boot making.

As a Canadian accustomed to long cold winters I’ve always loved boots. However, I’ve often been frustrated with the unaffordability and/or unattractiveness of most good quality boots. Those that are affordable tended to fall apart within a couple months. I realized on further visits to this Guatemalan town that it did not have enough customers to adequately support its boot shops. Tourism in the region has diminished in the last few years making the situation more dire.

Who better to fill the void than the multiplicity of Canadian customers who are forced to endure excruciatingly long winters? I mulled on the subject for a couple years – feeling ill-equipped to tackle this initiative myself. As a nurse I have limited business experience – this was obviously not my area of expertise – and with a full time nursing job, not something I needed to add to my workload. In the meantime, I purchased boots there for myself, my common-law partner, family, and friends.

Continued positive feedback eventually spurred me into action – these boots were clearly well loved. Discussing with my partner one day, I bemoaned how I disliked talking about a plan and never following through. I have never wanted to be the person who always talks about doing something “someday” but never fulfills it. My partner – being extremely supportive as always – said “ok, well then let’s do it. What do we need to do first?” So, just like that, in November 2016 we launched Albahaca Footwear Inc. 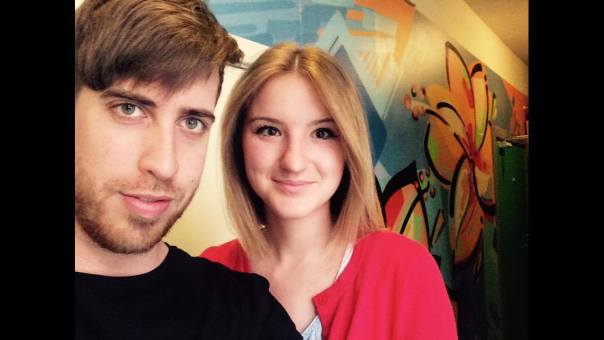 What were the next steps in bringing this unique idea to life?

We ordered our first 25 pairs of boots coordinating though friends on the ground in Guatemala. We filed for incorporation, opened a bank account and an Etsy page – https://www.etsy.com/people/albahacafootwear – everything rolled from there. Since then we have ordered an additional 70 pairs. We stock three styles of leather ankle boots for men and women. We have sold approximately 30 pairs. We are hoping to expand to selling in brick-and-mortar stores starting Fall 2017.

Our Albahaca team consists of myself, my partner Sean, and multiple wonderful best friends (Ellen, Preveena, Allison, Dan) who have stepped up to help us. In Guatemala we have our boot maker and his small team and a shipping coordinator.

Where is the non-profit or charitable component of Albahaca Footwear?

Albahaca Footwear isn’t my full time job and it is not something I felt comfortable making a profit from. To make the most out of the project we decided to donate the profits from sales back to charities in Guatemala.

There is a lot of need in the country and endless quality organisations needing financial support. As such we opted to rotate charities every few months. In March we made our first donation – sending $600 Canadian to Jardin de Amor, a children’s education charity.

The goals of our project are:

I am sure anyone reading this is wondering what has inspired the company name ‘Albahaca.’ Please, enlighten us.

The company is named after my cat, Basil. “Basil” in Spanish is “albahaca”. It’s a bit silly, but we were running through name ideas and this one just stuck.

What is unique about the Albahaca boots?

This style of boot in Guatemala is known as ‘typico’ meaning typical – referring in part to its use of indigenous embroidery on the sides of the boots. Most of this embroidery is recycled from old traditional shirts and skirts. Each pair of embroidered typico boot is one of a kind. We also sell similar plain brown and plain black boots (without embroidery) for those that prefer a less colorful style.

What does doing business with Guatemalan boot makers look like? What is the process?

The small town of Pastores is lined with little boot shops. The boot makers are very skilled at their work and custom build most pairs based on measurement of a client’s foot and ankle. The boot maker we decided to work with is one that I have been purchasing boots from for many years. I am experienced with his work and know that it will always be top quality. Despite their skill and professionalism coordinating a business multiple countries away is challenging.

In the long term, I am hoping that we can expand to make use of other boot shops in the town as well. We don’t wish to create a monopoly within the town and want to make sure as many artisans benefit as possible from this initiative. .

Through our Etsy page and some in-person sales we have been getting a steady trickle of orders since our founding. We are hoping to expand to brick-and-mortar sales locations in the coming months. Either way – tying back to the idea of microleadership – the more boots we sell, the more good we can do, and the greater the ripple effect.

Do you have any competition in the market?

There are two American companies that sell similar Guatemalan boots online. Both companies sell the same product for twice the price we do (250-280 USD). Furthermore, neither company have such a significant charitable component. As far as I am aware, there are no other not-for-profit footwear companies at all. We are also one of the only companies that sell such high quality, handmade boots in this price range (100 USD). We opted to work in a tighter budget in order to ensure our boots were affordable to the average Canadian. It is challenging – but we think it’s worth it.

What does leadership mean to you?

Leadership to me means helping encourage others to not accept the status quo and supporting them to take on initiatives to make things better. I believe that it is not just the boisterous chatty classmates you have at school who eventually turn into great leaders. You can be a leader just by doing your good things and by inspiring people. Leadership is more about helping lift everyone else up rather than telling them what to do. It’s about encouraging others.

What is the best aspect of having launched AlbahacaFootwear?

Two words: altruistic capitalism. I love combining society’s natural consumer tendencies and their love for beautiful things. It is so hard for charities to get people to donate money – at Albahaca Footwear we get to bypass this hurdle.

What would you say to someone who has an idea for a project or an organization but is afraid of failure, humiliation, insecurity, uncertainty, instability, or lack of followers?

The simple answer is “go for it anyways!” I am however a realist – not all projects ‘succeed’. I think it is important to go into a project knowing that it is an option – but that it is also ok. When starting a project it can be helpful to assess what ‘failure’ might look like and plan for how to mitigate likelihood of it and the impact of it.

What is your favourite life lesson/quote that you have heard or read?

“We are all hunters. Hunting for something to make us all ok”. We are all just looking for our place in this world. We either add good or bad to this world; everyone adds a bit of both. As someone who struggles with depression, working to add good to the world helps me cope.