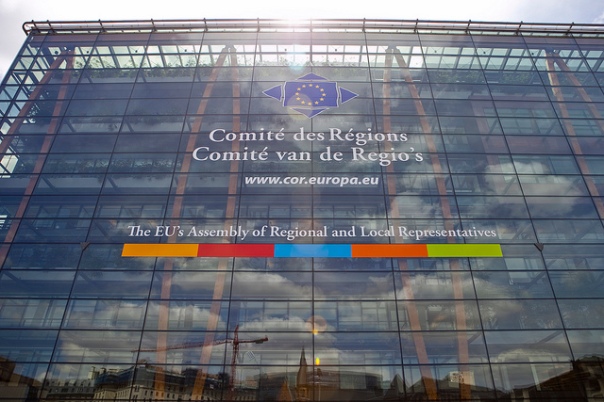 According to an old Slovak saying, ‘a fish stinks from the head.’ However, when it comes to state governance and a country’s progressive democratic growth, it is more effective and feasible to address the deficiencies and fill the gaps at the bottom, at local and regional levels.

On Tuesday, February 28th a Joint Conference of the Committee of the Regions and the Congress of Local and Regional Authorities brought together MEPs, experts, practitioners and academics from across Europe involved in the sphere of anti-corruption and good governance. They presented varying viewpoints and multiple perspectives but they all agreed on the fundamentals:

Corruption is a transnational phenomenon; it is a systemic, complex and multifaceted problem hurting the stability and success of any government, causing voters’ distrust in their highest officials and posing a viable threat to the principles of decentralization and democracy. Its cost is extremely high in that it significantly decreases the quality of services provided to citizens. In his opening remarks, Karl-Heinz Lambertz, the President of the Socialist Group at the Congress of the Council of Europe, reiterated the importance of perpetuating the fight against corruption and promotion of good governance in ensuring survival of democracy and consolidation of the rule of law.

Most importantly, however, if the ultimate goal is a strong, trustworthy and transparent national and European governance framework, the fight against corruption must begin at lower levels with the commitment and dedication of local and regional authorities to do everything in their capacity to strengthen the core of established governance mechanisms. Gudrun Mosler-Törnström, the President of the Congress of Local and Regional Authorities reminded the plenary that the local and regional authorities manage the highest share of public expenditure and European funds. In fact, “32% of EU public expenditure is managed by regional authorities [and] a large share of structural funds [is] managed by regions,” added Carl Dolan, Director of Transparency International EU.

This is why “repression isn’t enough,” said Laura Ferrara, Vice Chair of the European Parliamentary Committee on Legal Affairs and Rapporteur on the Fight Against Corruption. “ To recognize and address systemic corruption, it is necessary to act early, to focus on prevention and monitoring, and to “mainstream the culture of legality in schools and among youth.” Otherwise, the lines between what is normal and legal, and what is an unacceptable exception, i.e. corruption, will become indefinable.

Among some of the possible and already applied solutions and preventive practices mentioned at the conference were the following:

The second half of Tuesday’s enriching discussions opened with Christoph Demmke of the College of Europe identifying codes of ethics and codes of conduct as essential components of governance and effective instruments in preventing corruption at all levels. Patrick von Maravić, Chair of the Advisory Group on revising Congress Code of Conduct highlighted the role that codes play in fostering ethical decision-making processes and harmonizing standards in heterogeneous highly decentralized settings. Without undermining the significance of such codes, Gjalt de Graaf of Vrije University underscored the weight carried by the process of drafting codes versus the existence of codes themselves when he stated that “code is nothing, coding is everything.” Good moral leadership is more than a good code of conduct because what matters the most is how you as a leader deal with drafting the code and subsequently the code itself.

Markku Markkula, the President of the Committee of the Regions reassured his colleagues and peers that anti-corruption is a thematic priority for the Committee and one of many reasons to further cooperate with the Congress to maximize impact.

In the end, however, “there is no one [clear] recipe that always works, [but] there is one ingredient that predetermines success, [namely] general political will to fight corruption” (Irina Steruriuc).